Thank you to Lancashire Trade Frames for your continued support! 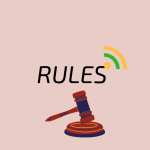 1. The ‘Bury Billiards League’ will play billiards according to the ‘Rules of the Game of English Billiards’.  Copies are available on the League website.

2. For delegates meetings and postal reasons, the Bury Billiards League will be based at the following address:
Seedfield Bowling Club,
Parkinson Street,
Bury,
BL9 6NY.

3. The League website (www.burybilliards.co.uk ) is managed by the Press Secretary plus two other League members.

4. The League is open to amateur players only, and all teams must be based within a 10 mile radius of Bury town centre.

5. All players must be a paid-up member of the club they represent and must be registered with the League Press Secretary and be given a provisional handicap before they play.

6. All League matches are generally played on a Tuesday evening commencing at 7:30pm and will comprise three players per team.  Certain teams may opt for an 8:00pm start.  No player can play more than one game in each match.  Matches may be played using either one or two tables as available.

9. The league will run subsidiary Individual Merit and Doubles competitions.  Entry Fees for these competitions are set by the General Committee.

10. Throughout the season there will be a number of delegates meetings to discuss League affairs and payment of league fees.  Each team MUST send a delegate to these meetings or a fine may be imposed.

11. The president shall be able to attend any meeting, but he may not vote, unless he is the only representative of his club.


12. Following the end of each League season and before the start of the next, the League will hold an Annual General Meeting (AGM) that will be open to all League members.

13.Any proposals to be brought before the AGM must be sent in writing to the League Secretary 4 weeks before the AGM.  Any new proposals will be voted on by the delegates from each team – only one vote per team.  In the event of a tied vote the League Chairman will have the deciding vote.Handicaps

15. Each player will be given an individual handicap according their playing ability, but these will change throughout the league season.  A player’s handicap cannot exceed +60.

21. All games are to be played to 125 up with individual handicaps being put on to the scoreboard at the commencement of each game.  It is the responsibility of the team captains (and each individual player) to ensure the correct handicaps for both players are correct, BEFORE THE START of all games.  Once any game has started it is too late to adjust the scoreboard and the scores should not be altered.

22.  At the start of each League game, the Home player will spot off using the Yellow ball.  However, for individual/doubles finals, were neutral tables will be used, then the players will string or toss a coin to decide who goes first and also have choice of cue ball.

23. One point is awarded to the winner of each League game with two further points for the aggregate.  If the aggregate is tied, then each team gets one match point.
24. The home team captain to pass the result to the Press Secretary by phone, text or email on Wednesday following the match.  Failure to do so may result in a fine or a deduction of points.  Details to include individual scores, handicaps and any breaks of 30 or over.  The Press Secretary will record all results and the statistics will be used to assess the individual handicaps.

25. If a team is short of a player, the game will be awarded to the other team with a score of 125-0.  However, for statistical reasons, the individual’s results will be recorded as 125-124 to avoid effecting their League average.  This result will have no effect on the player’s handicap.

26. Fixtures may be rearranged during the season by agreement between the captains.  Rearranged fixtures must be played as soon as possible and certainly by the date of the final league matches.

27. Any disputes about matches will be decided by the delegates at the next delegates meeting.

28. Final league positions for both the league and the round robin stage of the team knock out competition will be sorted as follows: –
1)    Total points
2)    Matches won
3)    Frames won
4)    Head-to-head result
5)    Play-off at a neutral venue
29. During a doubles match, partners may confer during a game but not whilst one is the striker and has approached the table until the break has ended with a non-scoring stroke or foul (See Rule 17b of the ‘Rules of the Game of English Billiards’).   This principle shall also apply in games between individual players that form part of a team match.

30. When a Club enters more than one team, then three players must be allocated to each team with all other players will be registered in the Club Pool of players.  Players allocated to the A teamCANNOT play for the B team and vice-versa.  Pool players may play for any of the club teams subject to the limitations of Rule 31 below.

31. Any Club Pool player that has played more than five games, or a quarter of the league fixtures, for one particular team will be tied to that particular team for the remainder of the season and CANNOT play for the other team(s).

33. There will be a prize (determined by the general committee) for the team that records the most league points from the last 5 games of the season. Those teams eligible for prize money due to their finishing position in the league will not be eligible for this prize. Should there be a tie for the most league points from the last five games, the prize shall be awarded according to the following conditions: –
1)    Matches won
2)    Frames Won
3)    Head-to-head result (if applicable)
4)    Play-off at a neutral venue
34.Further to the ‘Rules of the Game of English Billiards’ – Game Rules 14 and 15 ‘Fouls’ and ‘Actions after a Foul’.
If the referee fails to notice when a foul occurs then the opponent, and only the opponent, may bring the details to the attention of the referee.  Spectators must not get involved.  Similarly, the referee must not inform the player he is about to commit a foul stroke.
·       e.g. Neither the referee nor any spectator should tell the striker he is about to play the wrong ball.  Only the opponent can bring the details to the attention of the striker if he chooses to do so.
Team KO Play
35. All teams during the Round Robin stages will be arranged into two groups dependant on the final league positions – odd placed teams in Group A with even placed teams in Group B.  All teams will play each of the other teams once in their respective group in a mini-league, with points awarded as the league season.
The top two teams of each group will then enter the KNOCKOUT stages.
Knockout matches will be decided on Home and Away fixtures with the results determined on an aggregate basis, with Team KO Handicaps applying to both matches.
If the overall aggregate is level then the team winning most games will be the winners.

36. For Team KO Matches ONLY.  The Home team captain should announce the names of all three players in the order of play prior to the start of a Team KO match.  There is no necessity for the Away team to announce their team at this stage.

37. For Team KO matches ONLY.  Each individual player’s handicap will be that which was applicable after the final league match of the season and will not change throughout the competition.

38. For Team KO matches, each team will be allocated a team handicap, according to their final league position, which will be added to the aggregate scores at the end of each match. In the semi final & final rounds, Team KO matches will be decided on an aggregate basis, if the aggregate is level then the team winning most games will win.

39. For a player to be eligible to play in the team knock out competition, they must have played a minimum of 4 league matches.

2020 Updated Rules of Snooker and Billiards

You can contact us by clicking the button below we will do our best to return you email as soon as possible.

All our rules and regulations are available in the following section. Please click below for further details.

You don't have to be a member to play in our League only a member of a League Club.